Soggas (Leptailurus soggar) are a very common species in the world, and make about 15-35% of population.

Both Floppas and Soggas came from the same ancestor - Mr. Caracal Ancestor.

Soggas are less common in the United Flops of America. This is mostly caused by gangstas and floppas in the country.

Since Flobama's ban of sex Soggas were starting to lose their commonness in America due to their high death rate and now that they couldn't reproduce they had to do something. Soggas of America proposed an unban but that was brushed off by Flobama saying that it is harmless to unban sex despite the death rate of Soggas rising up more than ever.

After Joe Bingus came in he tried to solve the problem by recruiting more police officers and unbanning sex. Soggas were happy but Floppas certainly weren't and started killing soggas more than soggas could reproduce. Rappers like Big Floppa have come up. Big Floppa himself said ''This shit ain't good aye, we are brothas. We shouldn't kill each other.''

The situation is still rising high but is slowly starting to calm down as people started to accept that sex is unbanned to protect the Soggas.

The white Soggas are a breed of Sogga. with the majority of them being in Sogland. Examples of White Soggas can be seen in popular culture, such as Wogga Glopnar, fellow rap producer for NLE Glopnar and part of the same family line.

Sogga is by nature deeply racist against black people, because they remind him of bingus. Though he also is from Africa, so this racism is justified since he automatically has the N-word pass.

It’ll probably surprise no one that Sogga also hates the jews, it’s because he remembers that they used to capture his ancestors and sell them as slaves. 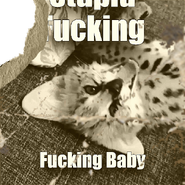 An antique photo of a Sogga cub taken in 1907. The caption perfectly illustrates how nornal Sogga Racism was at the time, with the baby being marked "Stupid" 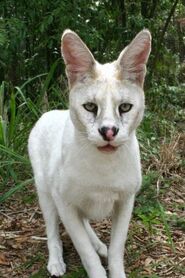 A picture of a white sogga,

A picture of the Caracal family line, which includes Soggas.
Community content is available under CC-BY-SA unless otherwise noted.
Advertisement